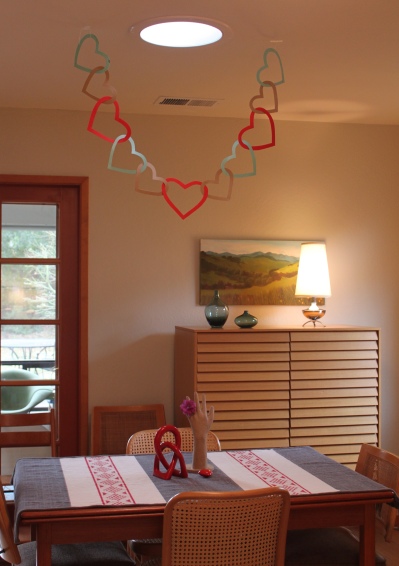 I found a chain like this in a photo from a food magazine a couple of years ago.  It was hanging in a restaurant window, and I just fell in love with it.  For one thing, the hearts are linked horizontally; it’s so much more common to see them linked vertically, right through their centers.  Then there are the colors – I’m not being inventive here, the original did include a red, a blue, and a brown kraft paper.

It’s an easy and quick project.  All I needed to buy was cardstock and some removable glue dots.  I began by making three different sizes of heart templates, as shown in the photo gallery below. 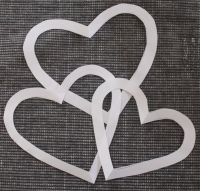 I used my templates on my colored cardstock to cut out three red hearts, four aqua hearts and four brown hearts.  I left one red heart uncut because I built my chain from the center out, but I cut the rest of the hearts as shown in the second photo of the gallery below. 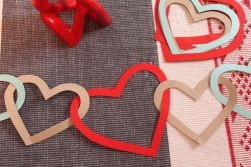 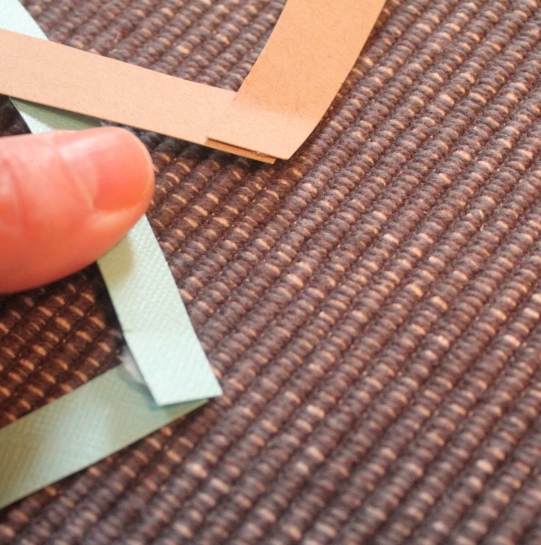 To join your chain, link each heart to the one next to it.  Again I worked from the center out, but you don’t have to do that.  Secure the hearts with a removable glue dot at their points.  You don’t have to use removable glue either, but I was thinking it would make it easier to take the hearts apart for storage.  Now I’m thinking I might just be able to leave them to collapse together even though they will no longer lie completely flat.  Cute idea, isn’t it?  Great for a wedding or anniversary party too.